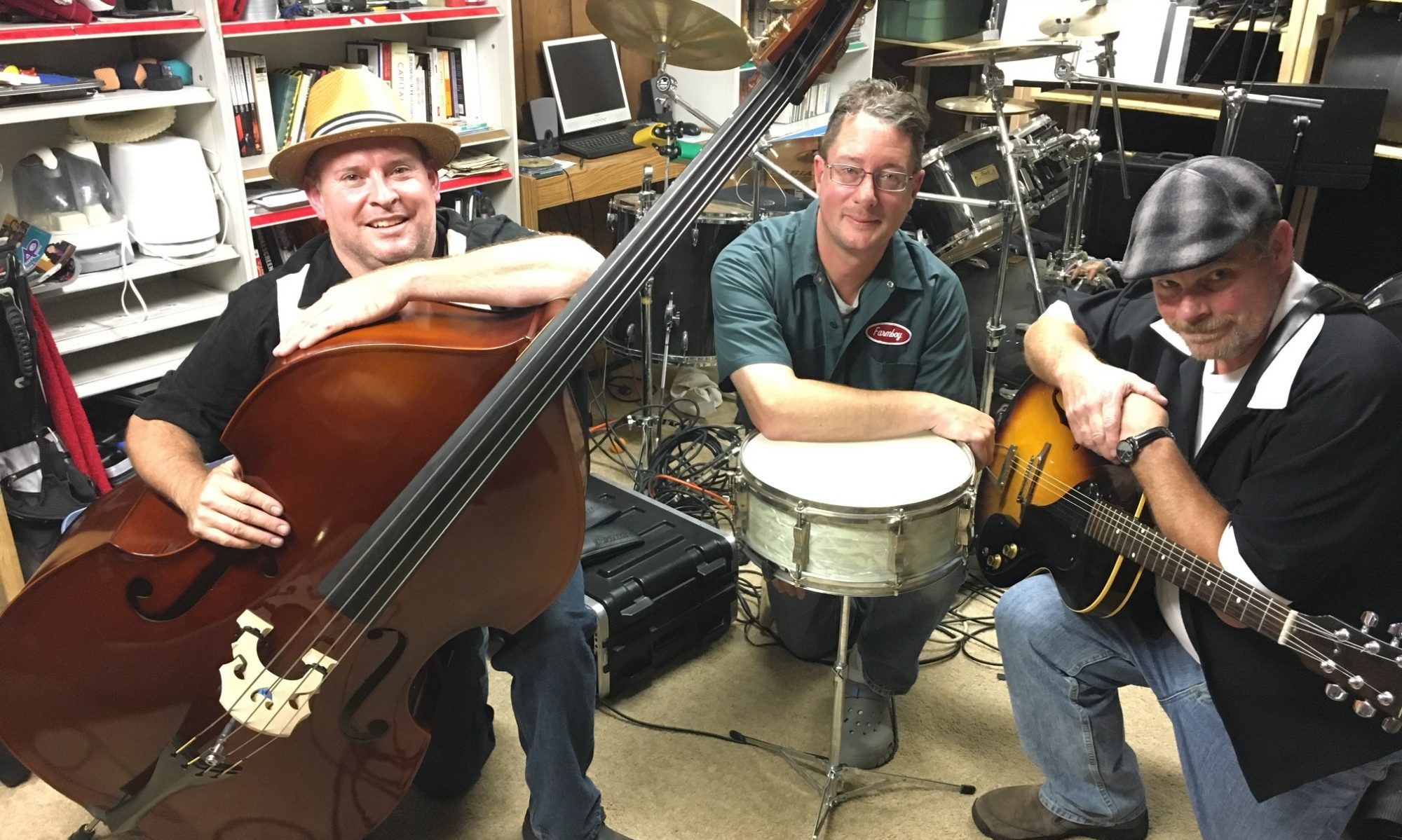 What Do You Mean By “Great American Music”?

Certain styles of music are uniquely American. Among these are rockabilly, country, early rock-‘n-roll, western swing and blues. This is the gritty, down to earth, bare-bones type of music this band chooses to perform. Guitar, bass, and drums. That’s all you really need.

For over fifteen years we three have been jamming with The Red Hot Horn Dawgs—Madison’s Party Band! Although there are some crossover tunes in The Dawg Bones’ book, most of what you’ll hear will be a different style of musical fun. We bring Johnny Cash, The Stray Cats, Chuck Berry, Buck Owens, Elvis, John Fogerty, Fats Domino and more to the party!

We’re a little different from other bands who cover these artists. Sure, we play the standard tunes you’d expect. But we toss in numbers you may not have heard in a long time. When was the last time you heard a band play Johnny Cash’s 25 Minutes To Go? Or Buddy Holly’s Rave On?  Does anyone else besides us and The Horn Dawgs attempt John Fogerty’s Centerfield?

We have received a lot of positive feedback from audiences for the music we pull from “modern” regional bands. Hillbilly Casino and BR5-49 are a couple of groups making great music we think you’d love to hear.

Carl’s been a bass player all of his life, but until the summer of 2017 all of that was done on a tuba. It’s hard to play a tuba and sing at the same time so he picked up an upright bass and took rockabilly slap lessons from one of Brian Setzer’s bass players. The result is a style of play not common in the Madison area. Between that and Carl’s years of experience fronting The Horn Dawgs everybody’ll have a great time! 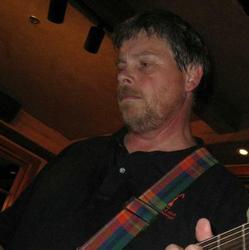 For forty-plus years Steve has been serenading Madison with the kind of music The Dawg Bones specialize in playing. In addition to his time with The Horn Dawgs he led Swing Shift around the Madison bar circuit for a couple of decades. He’s thrilled the other two guys wanted to re-introduce this kind of music to the area. Nobody around here has more experience playing this style than Steve. 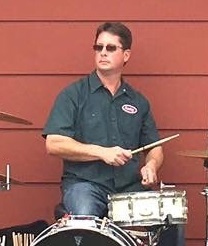 As a charter member of The Horn Dawgs Todd has played about every style of percussion playing known to man. Unlike many other drummers—who tend to specialize—Todd plays everything from rock to swing, to theatrical. His passion is the intensely challenging progressive rock style. He sees The Dawg Bones as a unique opportunity—playing a complimentary back beat for the other two players with a minimal bare “Bones” drumming setup.

How We Got Here

For almost fifteen years Carl has been making frequent visits to the honky tonks of Lower Broadway in Nashville, TN.

Although steeped in the tradition of country music there is a wide variety of music to sample on the dozens of stages between 3rd and 5th Avenues. And it’s all being played by professional musicians who earn their money passing a tip jar during their performances! Staying in tune with what the people want is key to their success—and livelihood!

After watching these groups for years and bringing back (all right, outright stealing) ideas for the benefit of the Horn Dawgs, Carl wanted to present a show closer to what you might actually find if you took a trip to Music City yourself: a small band which can fit inside the space of your spare bedroom, fun music you can dance to, clap your hands, and sing along with, and exhibit personality that makes the show a fun time for everybody!

We also look forward to playing places a larger band can’t fit, such as smaller bars and other places in the area where live music is played.

Feel free to contact us (info is below,) to see if we’re a fit for your venue or event!